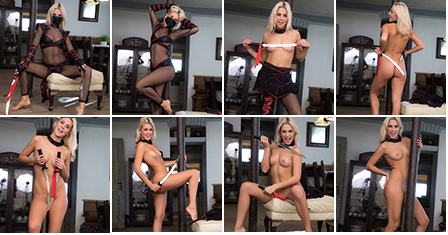 I just finished watching the picture set WOW WOW!!. To all Lili fans this a must buy set.

TM YOU ARE FUCKING AMAZING. This was an unexpected lovely surprise. This just her first set in 2020!!. WE NEED MORE LIKE THIS. WE NEED LILI UPDATE MORE REGULARLY. Lili model of the month in February 🙂 . Thank you TM and Lili.

Andrew, this set got me so fucking excited. I can not wait for her next update.

well I’ve had some time to fully process this set. TM was right, this really is an event level caliber of set. I didn’t say it before but It was actually my birthday yesterday, so it’s great to have this today, maybe that’s why the price was so good 😛 So cheers to Lili and TM for what’s to come in 2020, and for another year of me whining about not having the striped top set 🙂

The picture set is good (& pic 80 gets a special mention) but the video is even better. Lili dancing naked around a pole with lots of good flashes has made my week.Her best vid for quite some time – if you like lili, you’ll like this one !

Yes, do not sleep on this set… I just gotta say, the last few releases has really gotten me excited about what Lili has in store for 2020, possibly now more than ever before. I just hope we can go back to more frequent Lili updates like the good old days now that she’s back. I think we need Lili bundle #4, Sudsy 3, Grand Prize 2,3,4,5. what else am I missing? hmm. well I just want more!

We’ve been generous. Nutcracker and this could have been event sets, but I’ve been feeling generous lately… 😉

Well you’re also talking to the guy that would buy $35 bundles to get only the Lili set out of it lol. But true, these have been pretty generous $11.95 sets, that fact is not lost on me, I can appreciate it.

Where do I find the Grand Prizes?

Is this set an oldie?

No, It’s not a classic archived set like ‘Naked’ was if that’s what you mean.

Yeah, this is what I meant.
You reminded me to buy the “Naked” which I didn’t do before, BTW…

Can’t add much to what’s been said already. Lili is still my fav and this is one of her best set (or maybe the best – I’ve only looked at the pix so far). Thanks to TM, the lovely Lili and the lucky photographer for making this great set!

TM Is possible to have remake of Dream girl maybe with little belly dance if that’s okay with Lili of course.TM if you’re still in generous mood can we have Petra update next please

methinks the best video to date. So much more natural without he hands firmly clamped across her boobs and private bits
Lili really is a gorgeous looking girl.

I gotta admit I almost didn’t get the set cause of the price. Crazy I know. It’s already been discussed about more expensive mostly meaning more revealing shots but WOW… this is hands down her most naked one. Did we deserve this at 12 bucks? I woulda paid 3 times as much had I known she was gonna just show it off like this. TM… you set the bar pretty high with this one, please don’t torture us with too much time between sets =D

“I woulda paid 3 times as much had I known she was gonna just show it off like this” comments like these no wonder why the prices are high!!.

well the funny thing is that there has ALWAYS been $11.95 Lili sets with very revealing bits in them, I know exactly which ones they are…so maybe that’s why I am not so ‘wow these should be more expensive’ as some people. “Pink Mesh” is just one great example of exactly what I mean. I think it’s just that now she’s starting to ‘put it all together’ as it were. Just being a lot more hands free about her body that what I really love. Lili is straight up masterful at the tease game.

Andrew, I have all her sets and I do know what you mean and totally agree with you. However, correct me if I was wrong I am a bit rusty, it has been a very long time I revisit any of the Lili sets due to the amazing sets we getting from all the Models 🙂 . I think this might be the first Lili set where we can see her boobs and p****y in the same frame without even trying to cover it up, in other words, we can consider this set as a fully nude set that what’s the WOW is all about. Furthermore, Lili nude or not, Lili is always WOW!! to me ;). What I going to say next is 100% my opinion. I do not consider this set or any of Lili events set as an event set it’s more of a regular set, to be honest . However, I do understand as Lili was in a break. Dear TM, as a fan of Newstar Diana, ****model amber, Lili, TM and a bit of MC I am asking you no I am begging you please we want a true event set from Lili as she’s back, please. I have known Lili’s entire life of her modeling career so please make my young old self dream come true. Thanks.

Well let me be clear I am definitely still WOW over this like everyone else is 😀 but yea you are technically right as it’s one of the very few ‘truly full nude’ displays of Lili. I would argue that ‘Perfect Peeks’ was as well – her robe is still in her hands but nothing at all obscured, and this one has a pole 😛 but yea these are the best of the best sets we are talking here regardless.

I would say that they probably could have switched this set and ‘Goddess’ in the last event (but when you buy everything it doesn’t really matter the price or the order). I envy Mr. TM dude guys job in general, but I don’t envy what he has to do every release – balancing expectations must be an incredibly difficult task. I feel like if we pay more for less, and less for more sometimes then it all evens out in the end. I just love Lili in general so I am a pretty easy customer to please : release everything -> have Lili pick a price she wants -> I buy it.

“but I don’t envy what he has to do every release – balancing expectations must be an incredibly difficult task.” I am very sorry TM. I hope his job is very very difficult maybe one day he becomes so frustrated and pissed we might get the unedited version 😉 😀 . . Andrew nice talking to you hope to see you on the next Lili update very soon I hope.

lol, yea i maybe got a bit carried away there didn’t I? xD having these discussions was fun though 😀 see ya next time MHS.

I second this message.

Thanks to everyone who commented. That was what ultimately made me decide to get it. What piqued my interest was her Mortal Kombat-esque cosplay! Kitana, Mileena, Jade, and now … Lili!
That outfit was so hot and either naturally or choreographed, Lili has some nice moves.
I think the solid black parts with the sheer black was what did it, and the fact she was barefoot!! With what I believe is a nice matching mani/pedi. Would have loved a solid red or black, but the pink was nice.

I gotta say, I love how TM is receptive to constructive criticism. I don’t know if this vid is new or they just edited a video already filmed, but I love the fact
1. I can hear what she’s hearing. Not some dubbed over awful generic music.
2. I was able to hear some of her speaking in Russian(?), even though was probably just not cut out. I don’t mind what language she speaks, I just want to hear her beautiful voice!
3. Maybe because I was new before, but my old purchases have an awful floating, LONG, watermark on them, which ruins the video, ruined my watching experience, and I just deleted the vids, because it’s just unwatchable.

Props to the camera man. While it’s Lili who makes eye contact with the camera, the cameraman/woman is on point. No jarring movements, etc. Keeping it on Lili and her beautiful eye contact which is mesmerizing!

Not to be critical, but I would say if vids are 10 mins long, maybe think about having a few songs on a playlist ready to go. Maybe we could even make song requests! I could just imagine picking a song/songs for Madison to twerk to!

I used Shazam. I definitely don’t listen to current pop music, had no idea this was a new song. Thought was an 80’s song. Taylor Swift!? Huh. Not bad. Hot.

I love how she dances and has the weight on the front of her feet and her soles come up. She should definitely have a feet focused vid!! When she put her left leg/foot on that ottoman and I saw her pretty pink nails, I almost lost my shit.

Lili had a nice little twerk going on as she was clothed, as well.

And, YAS! I know the U.S. is hung up on concealing women’s breasts, but Europe is more sophisticated and realizes and appreciates the female body and doesn’t repress the breast or nipple of women. Maybe it was just Lili’s shyness or teasing, but it’s nice to see her not hide her perfect, perky breasts! It would be a shame to never have nice footage of them like Madison. We got to see her progression. Lili’s breasts are perfection!!

I would love to see these women with bushes. Just as a personal preference.

If you’re a Lili fan or a fan of beautiful women in general, get this release!! Definitely one of my faves of her. Would love to see a new vid of Lili and Madison together again for 2020!!

Hey, thanks! Was looking for something that was sexy and deadly, I think Mortal Kombat was some good inspiration.

For Lili we try not to put in random music, that’s only done because we’re instructing the model. Lili is experienced so we don’t really have to direct her anymore.

hmm… so Caroline wore this exact same outfit in the Halloween 2018 bundle, and also shot in the exact same location. I can’t believe it took me this long to notice this…and I even own the Caroline set lol. If it was on shot the same day I hope you guys didn’t miss the opportunity to get a duo set. 😀